Our dedicated team of AANI guides have the gold standard in Outdoor Activity and First Aid Rescue qualifications. We focus on customer service and experience, to ensure your day with us is safety orientated and of course highly enjoyable and memorable! We have decades between us of lived, commercial experience of the industry, not only in the UK and Ireland but across the world, as far as Kenya, Dubai and Zimbabwe; with a dedication to continued professional development and a focus to bring you the best experiences in Northern Ireland. But enough about us!

Our sessions are about YOU – you are in the best hands for the most memorable outdoor experiences.

Our team is multi-disciplinary…meaning we have experience delivering multiple activities to customers, from the thrills of White Water Rafting in Grade 5 water to the zen of a picturesque coastal heritage tour…all in the safest capacity possible! 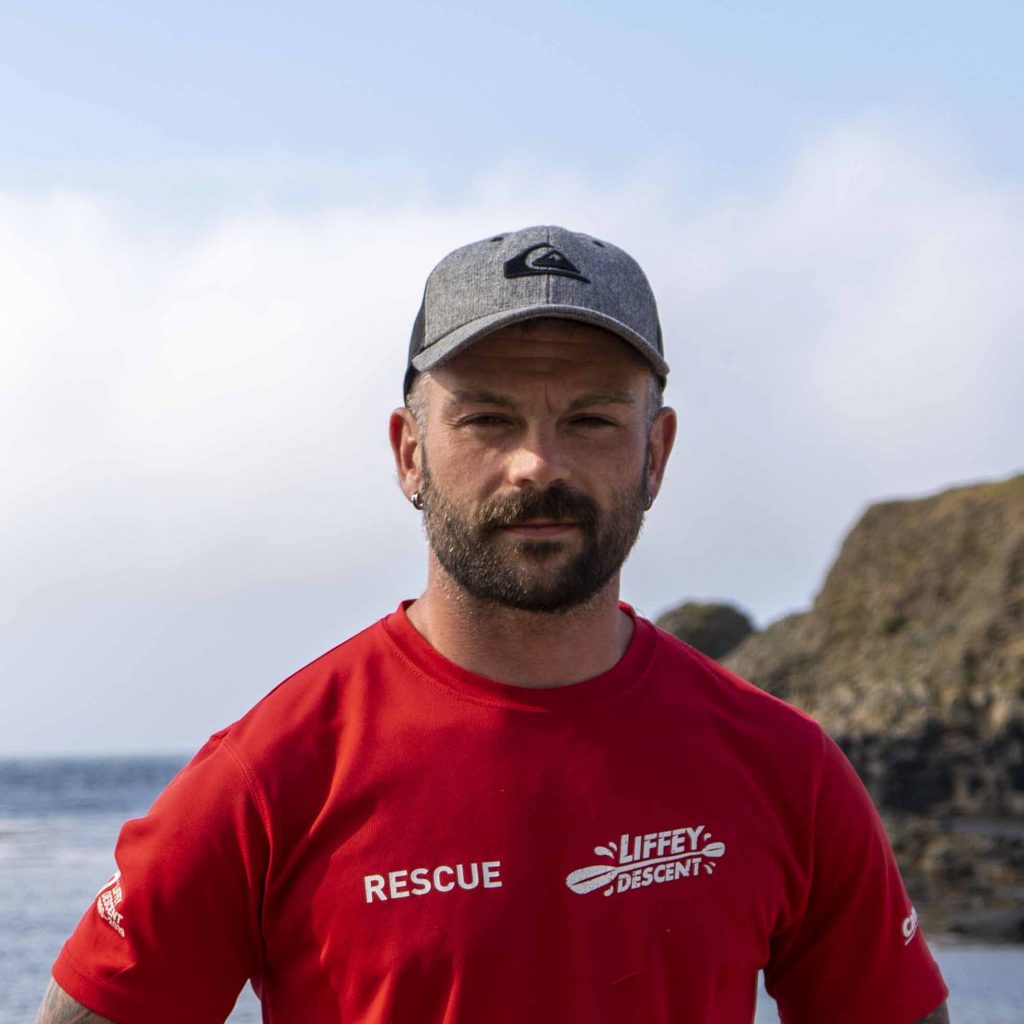 Qualifications - (BSc Outdoor Education & Physical Education, BCU Canoe & Kayak Coach, ASI Level 2 SUP Coach/Level 1 Technical SUP Coach/ASI Trainer, RLSS Beach Lifeguard, Rescue3 Swiftwater Rescue Technican & Flood Responder & more) Jordy has been in the industry for 13 years now, but passion for the outdoors and physical activities began as a child growing up in the countryside climbing trees, sea swimming and riding motorbikes. This was further bolstered throughout secondary school with an ever growing love for adrenaline and loathing for academics. This energy was directed into a notable stint in the schools Combined Cadet Force (CCF) where in his final year he served as Regimental Sergeant Major of the UK's largest contingent.  After a diagnosis of a degenerative eye condition scuppered plans to become a Royal Marine Commando, Jordy found himself in the next best place, the prestigious SHARE Centre Outdoor Instructor intensive training scheme class of 2008! Under expert guidance from the country's top trainers he gained several qualifications, a wealth of experience and suffered many hangovers. This was followed by 3 year's in Liverpool John Moore's University studying more in depth the theoretical subjects of the Outdoors (psychological, social, physical, therapy & more). After University and gallivanting around the world working as a guide in the UK, UAE & Kenya, Jordy returned to his roots in NI in 2014. Since then he has held senior positions in many Indoor & Outdoor Adventure companies before founding Active Adventures NI in 2019. When not running sessions, answering emails/messages or washing the mountains of kit (yes we do wash the wetsuits), Jordy can be found hillwalking, swimming, running or attempting to do yoga, calisthenics, BJJ & Muay Thai. Very much a jack of all trades, but certainly a master of none. 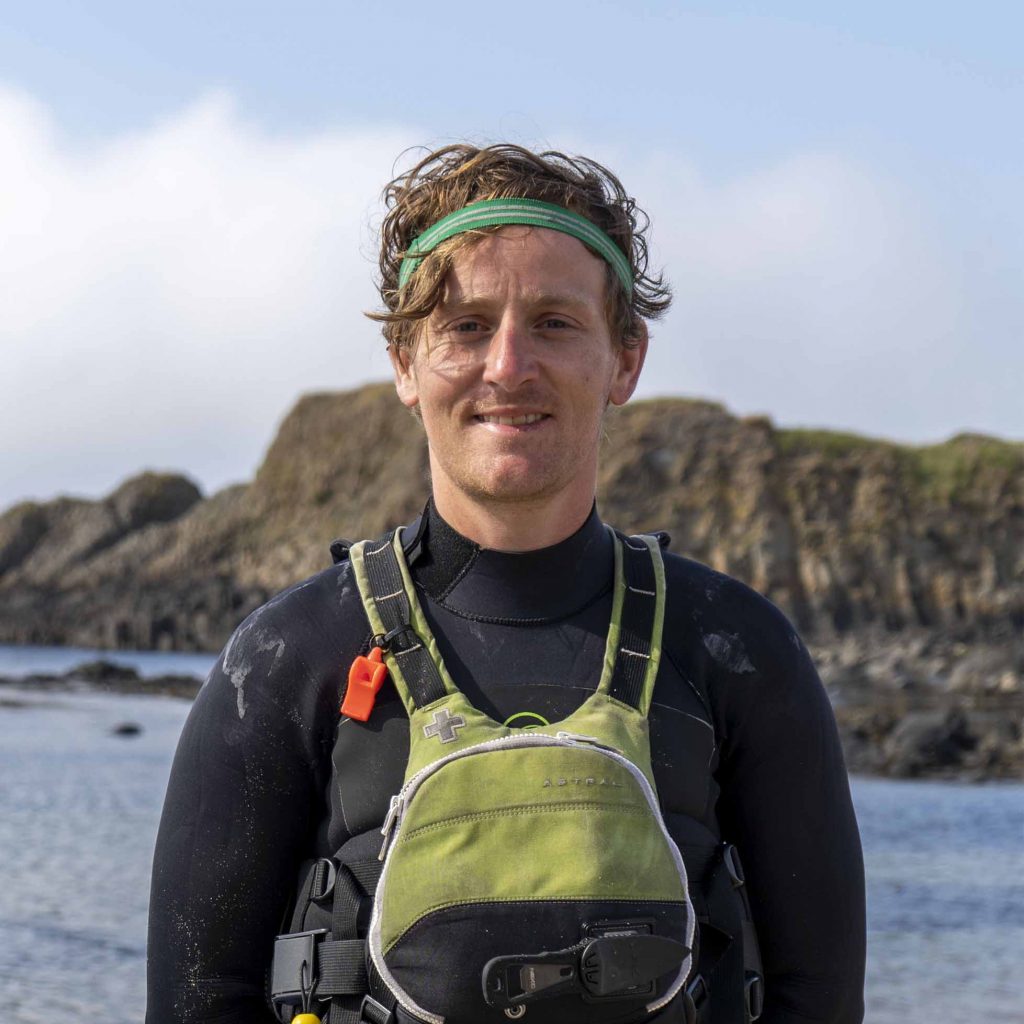 Qualifications (Emergency Medical Technician, FREC Level 4, RLSS Beach Lifeguard, Rescue3 Swiftwater Rescue Technician, ASI Level 2 SUP Coach & more) - Starting out in the Outdoor Industry over a decade ago, after a brief stint in University Josh found himself managing an Outdoor Activity Centre in Liverpool. From there he took flight ending up in Colorado training as a Raft Guide. He has an extensive background in white water and has guided rivers in North America, Central America and Africa. Josh is also a keen surfer and climber, but enjoys most outdoor pursuits as a whole. In addition to working in the outdoors, Josh is also an Emergency Medical Technician in an ambulance, a trained FREC 4 First Responder and First Aid Trainer & Assessor. It is safe to say that Josh enjoys an adventure and once cycled 3000+ miles across the United States for a bet! His favorite local spots include Whiterocks beach and Ballintoy for the good waves, great views and incredible geology. 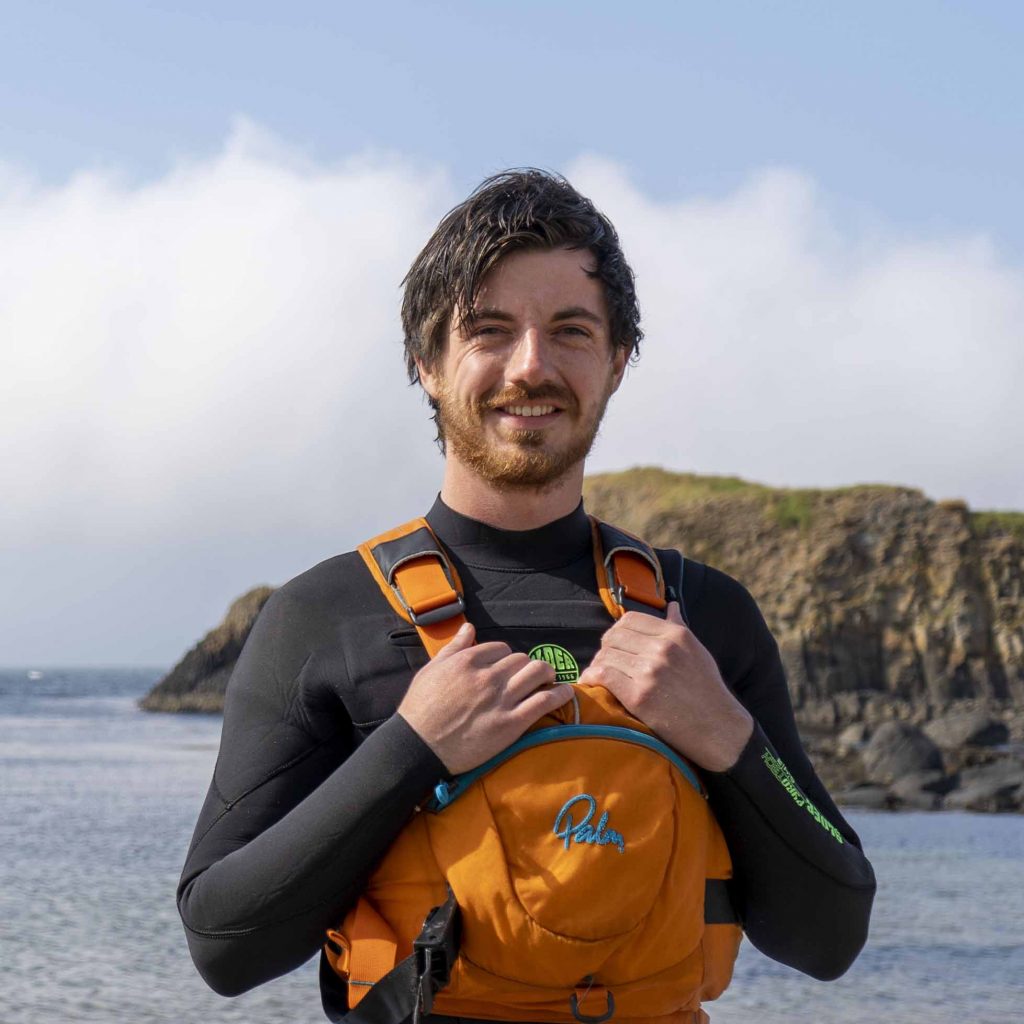 Shane is a RLSS Beach Lifeguard Trainer Assessor, level 1 Irish Canoe Union kayak instructor, level 3 training and education facilitator and currently working towards accreditation as a CBT Therapist. Shane spent two years as a university officer cadet where he discovered a passion for group leadership and adventure training. In the next two years Shane shadowed instructors at activity centres around northern ireland. After completing his BSc Psychology from Queens University he worked for two years as a community development worker and training coordinator for a suicide prevention organisation, where his skills in group facilitation and project management flourished. Following this, Shane completed a one year instructor training program at Achill Outdoor Education Centre, where he completed level 3 river paddling skills, swift water rescue training, mountain leader training, powerboat licence course and rock climbing instructor training. He has since worked in many notable Outdoor Centres across Northern Ireland. When not working for Active Adventures you'll find Shane kitesurfing, hiking in the Mournes or planting vegetables at his farm in Newry. Fun fact: Shane's earliest expedition into the extreme sports started at 16, when he saved his lunch money, bunked school and completed 6 skydives! 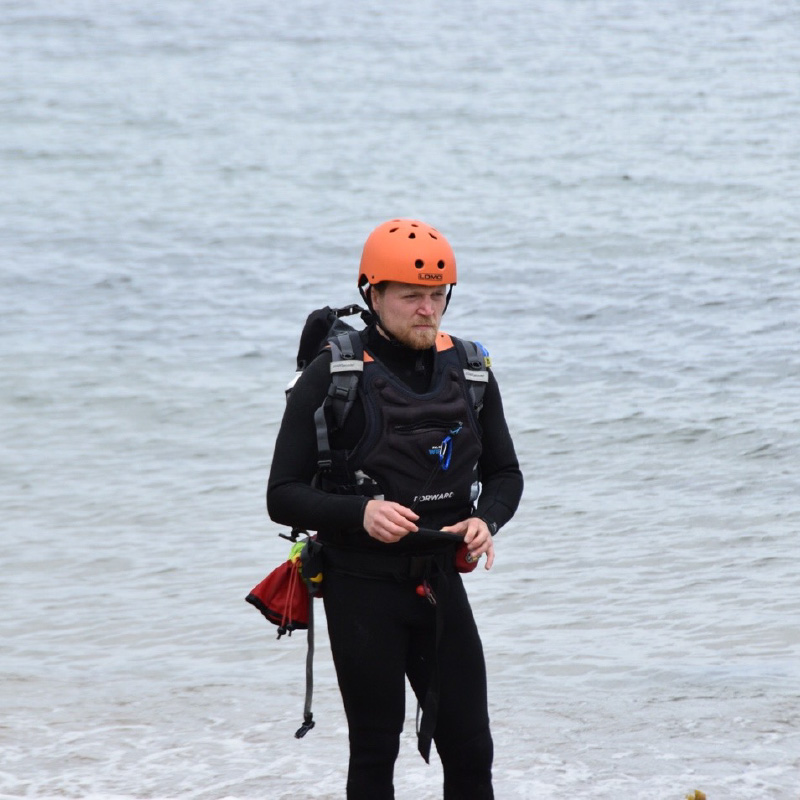 Lewis is a RLSS Beach Lifeguard and a movement coach. Lewis has been coaching and shadowing kayaking, SUP and Coasteering sessions since Active Adventures NI first started. Lewis tries to avoid specialising in one area in particular but if he had to pick a favourite activity it would be coasteering and it’s easy to see why! As soon as Lewis left school he began working in the fitness industry where he found a passion for movement and threw himself at disciplines such as gymnastics, MMA, BJJ, Climbing, Locomotion and much more. During this time Lewis spent 3 years coaching movement for athletics NI and has now moved on to opening his own gym, Roots Movement where he offers his coaching and knowledge. Aswell as movement Lewis is big into the outdoors and loves combing them both. When not in his gym he loves to hike, surf, mountain bike, climb..anything as long as he’s outside he says he’s winning! 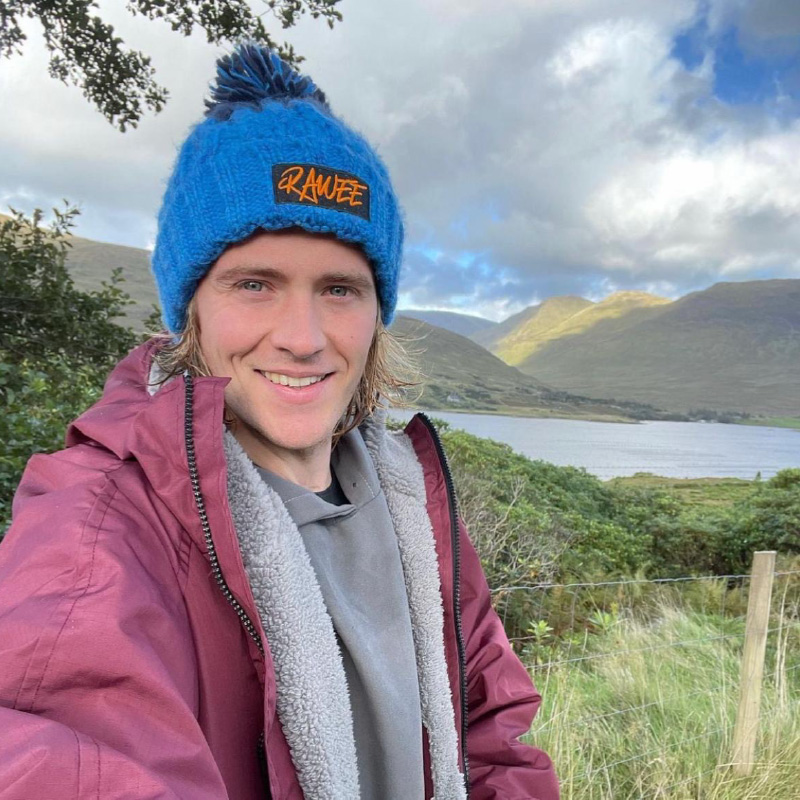 Paddy holds a level 1 Paddlesports Instructor qualification from British Canoeing, a Level 1 rowing coach with Rowing Ireland, a valid powerboat licence from Royal North Yacht Club and is a qualified First Aid Responder. During the week Paddy is kept busy as a process engineer in the pharmaceutical industry and holds a master’s degree in Chemical engineering from Queen’s University Belfast. During his time at University Paddy realised his passion for sports when he joined the QUB Men’s Rowing Team, going on to lead the club as Men’s Captain. One of their proudest moments being thrashing the Oxfords men’s lightweight crew at British University Championships. These days Paddy prefers to actually get in the water, swapping his oar for a paddle and the calm water of the Lagan for those of North Atlantic. In his free time Paddy likes any fast-moving activity from catching a few waves on the North Coast to helping herd sheep and cattle on his father’s farm and everything in between. Paddy is happiest when he can tune out from the daily grind and just be in the flow, being an instructor helps him achieve this as once on the water the only thing he has to think about is delivering safe and fun sessions. Fun fact: During his reign as rowing captain Paddy and his crew took part in a naked rowing calendar on the River Lagan, in aid of Leukaemia and Lymphoma NI. Don’t worry, these days he makes his money keeping his wetsuit firmly zipped up! 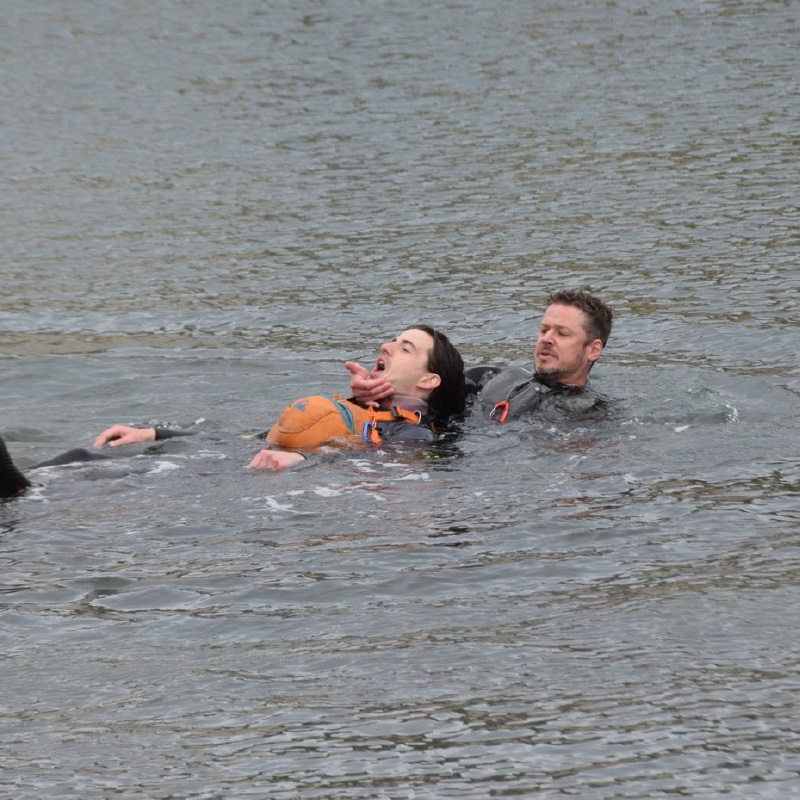 Qualifications Advanced Open Water PADI SCUBA Diver, working towards Beach Lifeguard qualification New to the outdoor industry Michael is by no means a stranger to outdoor activities. There are few sports & activities that he hasn’t tried his hand at at some point. From a young age he’s been an active person starting with gymnastics as a child and playing rugby through school and his university years where he studied computer science. He then went on to do some travelling to the likes of New Zealand and Thailand where he took part in extreme sports such as skydiving & bungee jumping. Thailand is where he achieved his open water PADI SCUBA diving certificate and a few years later he extended this by completing his Advanced Open Water Diver course in Greece. Doing SCUBA diving is where he realised his love and passion for water sports and quickly got over his original fear of deep water to feeling at home in it. Most family holidays he went on, he’d find the closest PADI centre and take himself off most days to do some dives. He’s swam with some amazing sea life especially in places such as the Maldives getting to see the likes of black tip reef sharks, turtles and giant manta rays up close. Working as a software developer Michael doesn’t exactly fit the stereotype as in his spare time he’s always looking for the next adventure. He spent years playing dodgeball competitively at club and national level up until COVID hit and managed the national team for a stint. In the past few years he’s taken up hiking, skating and paddle boarding and takes part in weekly callisthenics classes. His favourite thing to do is spend time with his Bernese Mountain Dog Nanook. There are few activities that he does where he doesn’t bring her along including sunrise walks up Cavehill and inline skating.
Shopping Cart
Scroll to Top
X